Through good times and bad, some producers excel at excelling

Through good times and bad, for richer or poorer, in sickness and in health, and for better or for worse, cattle producers have hung on through it all. And despite the ups and downs of the market, some of Canada’s best cowboys have managed not only to survive, but to thrive and grow.

Along with his wife Pat, Mac Creech operates M.C. Quantock Livestock at Lloydminster, Alberta. His bull sale this year attracted 400 people – but that’s no surprise considering his history of success.

“Depending on the year, we market generally 400-450 bulls a year – about 400 through our sale and some privately,” Mac said.

Mac is no stranger to the cattle business – he and his brother Bill bought his father’s operation in the early 1990s, and then divided it in two, but together, the family has been holding bull sales since the late ’60s. Despite changing time and economics, it’s still a family operation.

“My youngest son Cody is involved on an every-day basis, our daughter Robin does all of our cattle records and my wife is the financials lady,” he said.

“He has to, because I’m just a crusty old rancher, you know?” he joked.

Some of the family’s success can be attributed to the choice and diversity they offer producers.

The operation’s sales are roughly half hybrid, and half purebred.

“We sold bulls every where this year except for Newfoundland. The majority of our business is Manitoba, Saskatchewan, Alberta, and there’s some in BC and some in Ontario, Quebec and the Maritimes,” Mac said.

M.C. Quantock Livestock is known for its free delivery policy, which is just a small part of the family’s customer service philosophy – and when 70 per cent of sales are coming from repeat customers, they must be doing something right.

“You can’t find that many new bull customers every year so you need to be looking after the ones you have. You have to treat every-one with respect to keep them coming back, and you need to stand behind your product,” explained Mac. “If there’s trouble, the last thing a rancher wants when he has a bull down in the middle of breeding season is excuses and wasted time. He wants another bull in his pasture and within 24 hours if possible. We will meet them halfway anywhere in western Canada, 24 hours a day.”

Mac says this year’s sale was highly attended, and the mood was boisterous.

“The biggest difference this year compared to the previous 10 was the attitude of the people – they’re just feeling so good. They doubted themselves a little bit through the tough times, and now they feel like they hung on for a reason.”

There was another encouraging sign at this year’s sale – there were more young folks in attendance.

“Young people have a lot of choices now, but if they love the ranching lifestyle and if it can provide them with the financial return they want, they’re probably going to do it, and we are seeing more and more young people. Some of our customers are second generation – we were dealing with their dads, and now we are dealing with the kids,” Mac said. 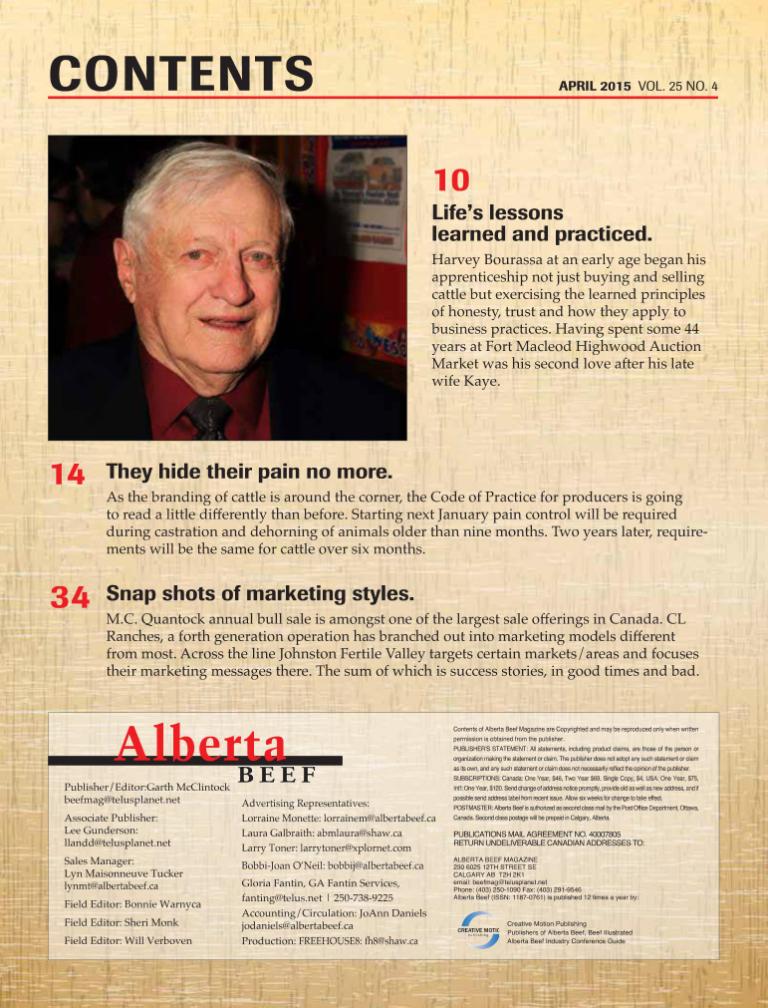 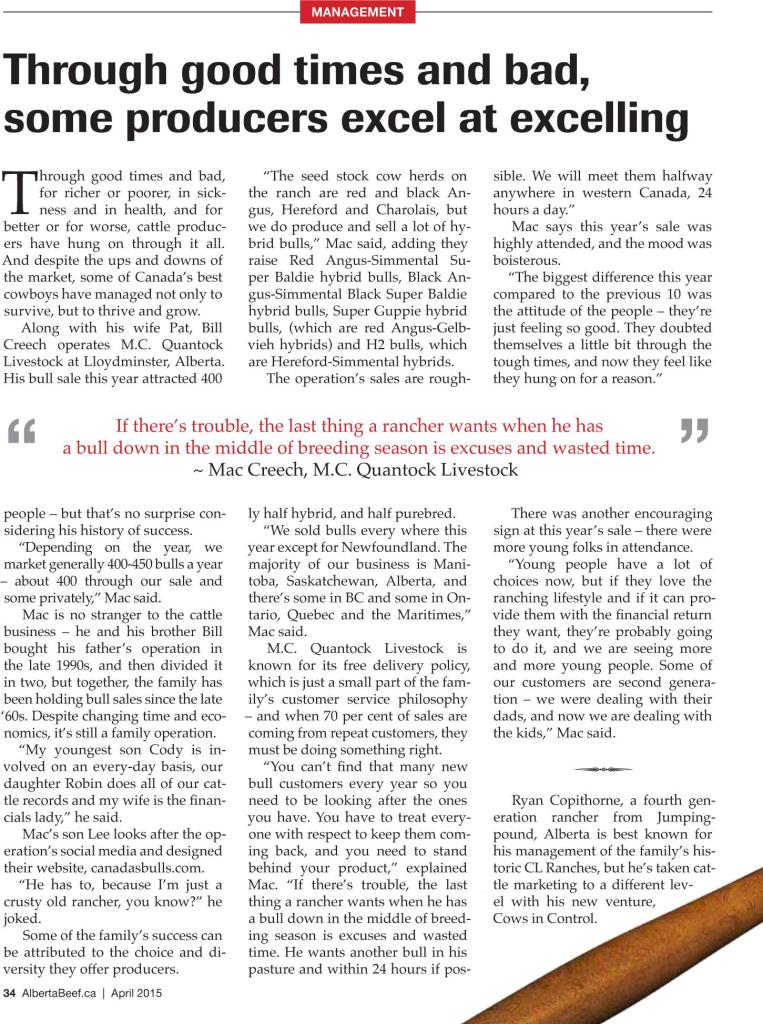 View our 80 page comprehensive bull book, dozens of videos, and hundreds of pictures of the bulls.

Every year on the last Saturday in January we put on the largest bull sale in Canada.